The Making of Axon Body 3: Adventures in Audio

Our latest body camera, Axon Body 3, is launching soon. As we get geared up for it to hit the streets, we wanted to share some stories from our path to launch. Today's post covers some of the breakthrough advancements in audio quality. Check back every couple weeks for new inside peeks from the team.

Traffic whizzing by on a freeway, shouting, crowds, dogs barking, loud music — police officers are exposed to lots of ambient noise during the course of a given shift. And while these sounds just blend in for the average person going about her day, for an officer trying to capture the details during a call for service, they can pose a challenge when it comes to body camera recordings.

As development of Axon Body 3 began, we knew we wanted to take the audio quality to the next level. And to do it right, we also knew we had to think differently. See, many audio technologies are made for more pristine environments. Music producers have soundproof rooms, expensive microphones and the ability to do multiple takes. Radio hosts have custom-built studios, fancy headsets and the ability to cut to commercial. Law enforcement, by contrast, does not have the luxury of slow, methodical sound capture.

So for us, it wasn't about finding the world's best sound engineer to reinvent audio for Axon Body 3. Rather, it was about finding someone who gets the world of the officer and all the noise that can interfere. Enter Ryan Delker.

Like any hearing person, Ryan appreciates the sounds of everyday life — birds chirping, ocean waves, a jaunty tune on a Friday afternoon. But he's not a full-fledged audiophile. He won't passionately debate the superiority of vinyl to digital albums, or spend thousands on a pair of perfect headphones. But what he will do in his role as a test engineer is spend hours fake-pulling over a friend to see how our camera's audio holds up during traffic stops. Or ride his bike on a blustery day to see what else we can do to reduce wind-noise interference for officers in ranging outdoor environments. He'll even subject himself to insults hurled during an arrest role-playing scenario by a colleague who was a little too into it. All in the name of the highest-quality audio for our next-generation camera.

During the course of the development of Axon Body 3 and working with fellow engineers, Ryan was able to isolate the different elements that make up quality audio, and take steps to improve each of them specifically for law enforcement video. Here’s a look (and listen) at the before and after:

What’s behind the improved audio quality? Without getting too jargon-y, here's a recap of some of the advancements:

To hear Ryan tell it, working on these complex audio issues was “a lot of fun.” He helped with every decision, from where the mics should go, to what their vents should be made of, to how to incorporate the DSP technology. But the highlight was when he built a sound chamber with two colleagues to use for audio experiments after a whirlwind online auction win. He spent a lot of time in that chamber, experimenting with nail guns and blank-firing guns that would put our audio algorithms to the test. 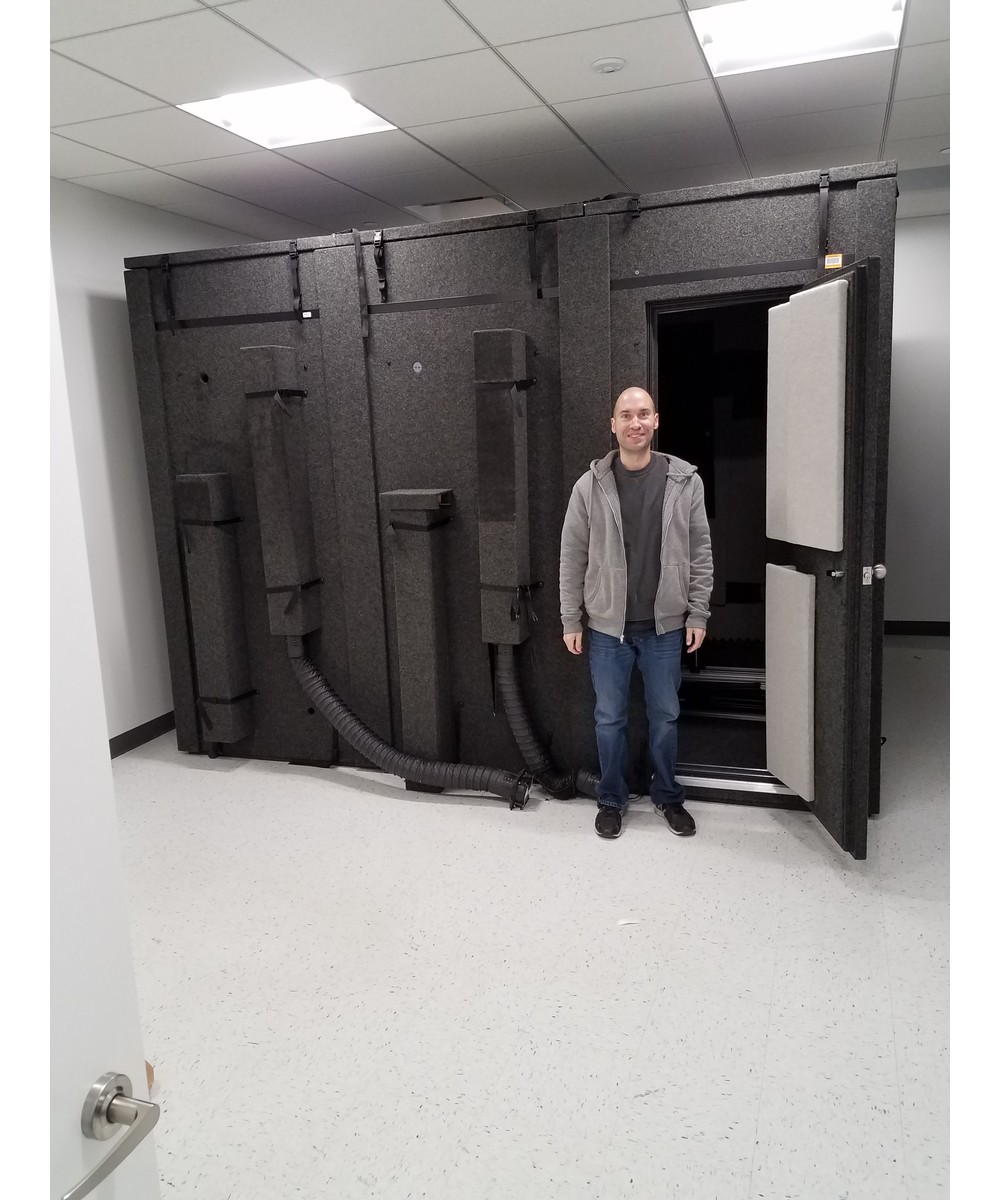 Ryan and the custom-built sound chamber where Axon Body 3’s audio was tested and refined.

We’re proud of all the work by people like Ryan that has gone into Axon Body 3. We look forward to your feedback once you’ve tested it for yourself.